Some time ago, an embarrassing thing happened to umidigi, a domestic intelligent equipment company, which was recently rejected by a technology bloggerNaomi Wu(mechanical monster) asked for the source code directly. The blogger put the relevant videos on the Internet, which immediately aroused heated discussion in the science and technology circle.

The incident originated from Polish technology enthusiast patrycja tweeted that he hoped umidigi could disclose the kernel source code of its umidigi F2 mobile phone (based on Android 10), especially "ft8719"_ dsi_ Fhdplus "display / screen driver and sent a mail request to umidigi.

China Science and technology BloggerNaomi Wu(mechanical monster) asked patrycja: "if umidigi does not provide relevant source code, will they violate the list of relevant licenses?" Patrycja said that these source codes belong to the Linux kernel branch and are based on the gplv2 protocol of Linux. Gplv2 is an open source protocol. According to this agreement, any modification of the source code by any developer needs to be open source.

Patrycja also disclosed the screenshot of umidigi's reply email, saying that he was very helpless:“This is his favorite enterprise interaction so far!”。 The screenshot of this email shows that a umidigi internal employee who calls himself Ben said that most of these codes belong to MediaTek and they have no right to disclose them. Patrycja can ask for the source code from their Shenzhen office during working hours, but Ben specially stressed that their employees can only speak Chinese and attached the company address: 405-407, 4th floor, Jinqi Zhigu building, No. 1, tangling Road, Nanshan District, Shenzhen.

last,Naomi Wu(mechanical demon Ji) said she could help patrycja get the kernel source code from umidigi.On August 20, Naomi Wu published a short video on the push, which showed that Naomi Wu neither found the employee claiming to be Ben nor got the corresponding source code file.

So far, this matter has aroused extensive discussion among netizens.

Some netizens said that this practice of umidigi company violates the open source spirit of the open source community, emphasizing that its employees can only speak Chinese and hope that foreign developers come to the door in person to urge developers to give up sharing the source code.

Some netizens believe that only by doing so can these manufacturers comply with the open source agreement.

The original thing came to an end, and the whole process seemed very peaceful.

On August 26, the machine demon Ji sent a document saying that the source code of umidigi kernel has been obtained. She uploaded the details of the event on her personal YouTube channelFull video，It can be seen from this video that the staff of umidigi company finally received the mechanical demon girl. Finally, after subsequent communication, the mechanical demon girl got the source code。

As shown in Figure 1


As shown in Figure 2

Our protagonist patrycja finally tweeted: "thank you for your help! These resources are really helpful for porting various things to umidigi F2. At present, the postmarketos port is being processed (she doesn't have another mobile phone to take photos, so she can only take a screenshot)

So far, the matter of asking for source code has come to a successful conclusion.

But this small matter has taught us Chinese open source enthusiasts a lesson on how to face open source disputes. Chinese programmers show the world that Chinese people respect open source agreements and have open source spirit.

10000+
Excellent at home and abroadSource codewebsite Whether you are just learning a computer language or technology, or want to learn other people's experience and creativity. As a developer, you often need to search for some code. Here are 7 places to help you quickly find the code you need. GitHub Code Search http://github.com/search Popular open source code libraries and version control services. GitHub Codesearch was recently launched. Even though it was only started soon, with
I'm ashamed again, "I'm going toSource codeCome and get it yourself ". As a result, the beauty really came to the door! Domestic enterprises provoke controversy again
Developer technology front - devolperfront
08-26

three thousand one hundred and seventeen
I. server deployment tutorial:   1. Install the pagoda panel. Script: Yum install-y WGet & & wget-o install.sh    http://download.bt.cn/install/install_ 6.0.sh&&bash install.sh   2. Installation environment. After installing the pagoda panel, download and install the following software: nginx, MySQL and PM2 Manager (with nodejs)   3. Upload server. Create a new directory in the file management, give the directory a name, such as "demo", upload the compressed package of the project server and unzip it.   4
"YesSource codeCome and take it yourself ". As a result, people really came to the door! Domestic enterprises provoke controversy again
PostgreSQL China
08-25

one hundred and eighty-nine
This article is reproduced from the OSC open source community Umidigi, a domestic intelligent equipment manufacturer, caused a dispute due to its violation of gplv2 agreement and informeddeveloper"WantSource codeDoor to door. The matter has aroused concernabroadNetizens hot discussion. Umidigi is an intelligent equipment manufacturer located in Shenzhen, mainly selling low-cost productsAndroidintelligencemobile phoneAnd smart wearable devices. It can be found through Amazon that its main attack is in the range below $200mobile phoneAt present, the highest selling product in the market and the smart watch market below $50 is umidigi A7 Pro smart watch with a price of $150mobile phone。 Recently, PolanddeveloperPatrycja wants umidigi to be public
Customer requestSource code_ Uncover secrets one-on-onemobile phonelive broadcastSource codeThe real internal cause of popularity
weixin_ 39679718 blog
12-03

thirty-six
Webcast is becoming a "top student" in the Internet industry. Perhaps people's impression still stays in the traditional impression of one-to-many platforms such as YY, Betta and tiger teeth, one-to-onemobile phonelive broadcastSource codeAs an emerging model, it stands out among many live broadcasting platforms with irresistible forces. With the gradual saturation of live broadcasting platforms, one-to-onemobile phonelive broadcastSource codeWhy is it so popular? Customized development: users entrust developers to carry out professional research and development according to their own needs for products. The unique UI design and novel live broadcasting mode provide it with strong attraction and attract more fan traffic. Platform classification
Explain the difference and use of synchronized and lock in detail
Brickworkers blog
03-22

170000+
introduction: Yesterday, I saw the use of lock while learning from the interview experience shared by others. I remember that I also encountered the difference and use of synchronized and lock in the last interview. Therefore, I sorted out the differences and usage of the two. At the same time, I summarized some common problems in the use process of synchronized, and finally referred to themSource codeAnd documentation, wrote several simple demos on the use of lock. Please criticize and correct. Technical points: 1. Threads and processes: Before you start, distinguish between processes and threads. A program is the most
Zhuang Xian analysis software Android_ Qianhu software takes you to play new retail (including promotional video)
weixin_ 36318306 blog
01-04

30000+
The simplest way to communicate between processes is to send WM_ COPYDATA message. This paper provides two ways of communication between C + + and c# programs. In this way, the receiving end of the message can be implemented in C + +, and the sending end can be implemented in C + + or c# C. Send WM_ COPYDATA message: SendMessage (receive window handle, WM)_ COPYDATA, (wParam) send window handle, (lParam) & COPYDATA); COPYDATA is the copydatastruct structure class
Differences and misunderstandings between get and post (full and detailed version)
Whitebearclimb's blog
01-03

one thousand four hundred and fifty-four
The HTTP protocol defines four basic ways for a client to make a request to the server: get, post, put and delete. However, the two commonly used in development are actually get and post. Whether it's writing interface routing in node, AJAX asynchrony, or calling someone else's third-party interface to obtain data or submit data, the common ones are get and post. Here's a detailed comparison of the differences between the two and some misunderstandings that novices understand when reading other simple blog articles. 1: Get request parameters are limited in length
Installation of Tomcat 7 in Linux CentOS 7 and solutions to problems encountered
Little cloth's program world
09-15

20000+
Generally, get and post will ask in the interview. The general difference is: (1) Post is more secure (it will not be part of the URL, cached, saved in the server log, and browser browsing records) (2) The data sent by post is larger (get has URL length limit) (3) Post can send more data types (get can only send ASCII characters) (4) Post is slower than get (5) post is used to modify and write data. Get is commonly used for search, sorting and filtering operations (Taobao, Alipay search).
Introduction to Huawei Hongmeng harmonyos application basic knowledge and project catalog
Guo Bao's blog
09-30

five thousand four hundred and sixty-two
Application foundation support App The application package of harmonyos is released in the form of APP pack (application package), which is composed of a One or more haps (harmonyos capability packages) and the pack.info group that describes each HAP attribute Yes. HAP is the deployment package of ability, and harmonyos application code is expanded around the ability component. A hap is a module package composed of code, resources, third-party libraries and application configuration files. It can be divided into entry and application configuration files Feature two module types
Reactive programming
Long Hui Kong Yu
06-23

nine thousand eight hundred and fifty-one
Reactive programming, a new programming paradigm, is more and more popular with developers. Rxjava and rxjava 2 are popular in the Java community. This article will introduce another new reactive programming library, reactor. Introduction to reactive programming Reactive programming comes from data flow and change propagation, which means that the underlying execution model is responsible for automatically propagating changes through data flow. For example, evaluate a simple expression C = a + B when the value of a or B changes
JUnit test reports an error java.lang.exception: no runnable methods
Zx1323 blog
08-27

10000+
Transferred from: http://prog3.com/sbdm/blog/snails_ zx/article/details/51275894 When establishing a test class in Maven project, the base class is only used to load the spring configuration file. There is no method in it. Errors are reported in packaging and compilation Solutions obtained after Baidu: Scheme 1: write a method (without any operation) and add @ test annotation Scheme 2: change the test class to abstract Successfully solved!
Open source hardware forum, burn your creativity
Dotnet cross platform
10-15

one thousand one hundred and twenty-six
Written before the conference, open source integration: bit and atom open source hardware extend the concept of open source software, including hardware design documents and products based on this document, which are free to use and share under open source license agreements. Although, from only opening the software supporting the hardware to
Internet -- common English abbreviations and their meanings
Python beautiful planet - wechat (felixzfb)
01-20

three hundred and forty-two
Get praise 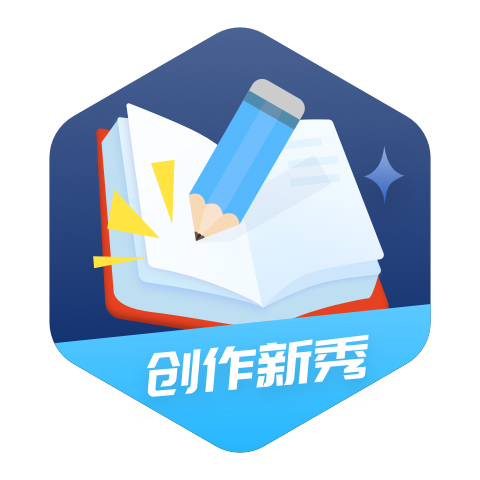